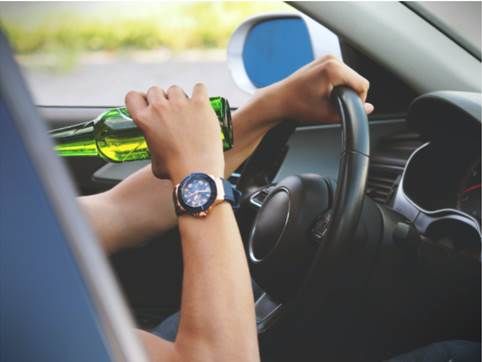 There are no two ways about it – accidents caused due to drunk driving can easily be prevented. Drivers with a high alcohol content in their blood are at a much greater risk of accidents than anyone else. These accidents can result in deaths, serious injuries, and many other consequences – avoidable consequences. Drunk driving also leads to some serious allegations and charges, such as a Driving Under the Influence (DUI) offence.

Now, no one’s saying that you need to stop drinking altogether. You’re allowed to have a few drinks, but if you’re going to be the one driving everyone home, you need to pace yourself. Here’s how.

Most people start ordering their second drink before even finishing their first – this is a big mistake. One important factor to consider while pacing is to drink really slowly. Do not order another drink before finishing what you already have. When you have excess alcohol lying around, you, in your drunken state, will want to down it as quick as you can before you leave, and that’s never a good idea. Make sure that you finish the first glass (slowly) before ordering another one.

Each drink has a different amount of alcohol in it. So if you order different types of drinks at the same time, you will lose track of how much alcohol you have consumed. Plus, everyone knows mixing drinks is a bad idea!

Alcohol dehydrates your body. So it is better to switch to a non-alcoholic drink in between. Water is the best option in this case as it will not only hydrate your body, but it will also reduce the chances of a really bad hangover the next morning.

If you continue to drink the same old drinks with a high alcohol content, you will simply end up drinking more and more, as your brain goes fuzzy and you start to lose track of how much you’ve had to drink. To avoid this, you can go for a low alcohol drink such as a light beer or a mixed drink with less alcohol concentration.

It is better to start drinking later in the day. For example, you usually have a drink before having dinner; a much better option would be to have a drink during dinner or after. This way, you will consume less alcohol.

Drunk driving should always be avoided. In Brisbane, Australia, drunk driving is a regulatory traffic offence, and if you are in a dangerous state of intoxication that causes you to lose control of your vehicle, criminal charges can be brought against you. You not only put other people’s lives in danger when driving under the influence, but you also risk your own. Once you get charged for this offence, it won’t be easy to get out of it.

If you are looking for a lawyer, DUI Brisbane Lawyers should be your first choice. They can help you with any charges that result from DUI in Queensland. You can visit our website and contact us here if you require any assistance.